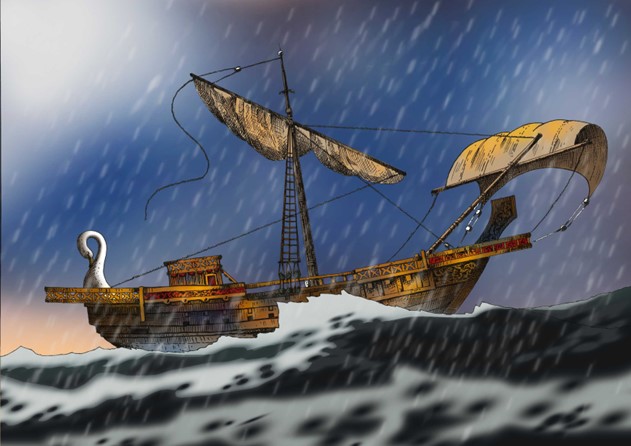 Thirty years after the crucifixion of JESUS CHRIST, the Egyptian grain ship Apostle Paul was aboard was shipwrecked… But where?

In chapter 27 and 28 of the Acts of the Apostles, St Luke who was travelling with St Paul gives us a detailed account of the voyage, the ancient ship caught in the storm and the eventual shipwreck on Melita. Scholars consider this passage as the best contemporary description of ancient seafaring.

Over the centuries many have ventured in search of the shipwreck site. St Paul’s Bay has a centuries-old tradition for the place where the ‘barbarians’ welcomed all 276 castaways.

From time to time these past two and a half centuries, foreign individuals have identified other Mediterranean islands and even a bay on our south-eastern coast as the shipwreck site. But they failed to produce the evidence to support their claims.

On the other hand, this locality has the evidence to prove that a very large Egyptian grain ship was wrecked inside Salina Bay. With the advent of scuba diving, many artefacts were discovered on our seabed. Such discoveries include the world record holding largest lead anchor stock ever discovered, weighing 4-tons and commonly referred to as a Roman anchor. The same site yielded another one ton anchor with the Egyptian gods ISIS and SARAPIS embossed on it. This artefact drew the attention of His Holiness Pope Benedict XVI who on a visit to Malta in April, 2010, asked to inspect this anchor. Other smaller Roman anchors, amphoras and pieces of broken pottery littered the seabed in and outside this bay.

In ancient times the sea in Salina Bay went further inland, up to where we now have the Burmarrad church – a stone’s throw away from a Roman period villa called San Pawl Milqi. This Roman Villa was used for the production of olive oil and tradition has it that it belonged to Publius, the Primus or chief oﬃcial of the island.

The many artefacts discovered on the seabed denote a shipwreck of considerable size. The Egyptian gods embossed on the lead anchor stock indicate the probability that this was an Egyptian grain ship. This evidence together with Publius’ Roman Villa so close by, fits like a glove with the narrative in the Acts of the Apostles. 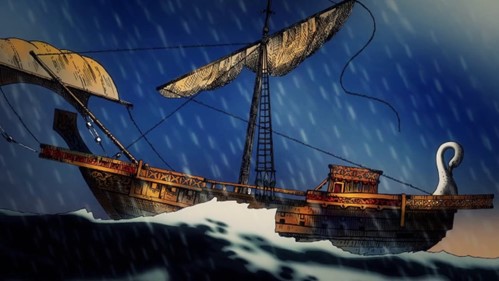 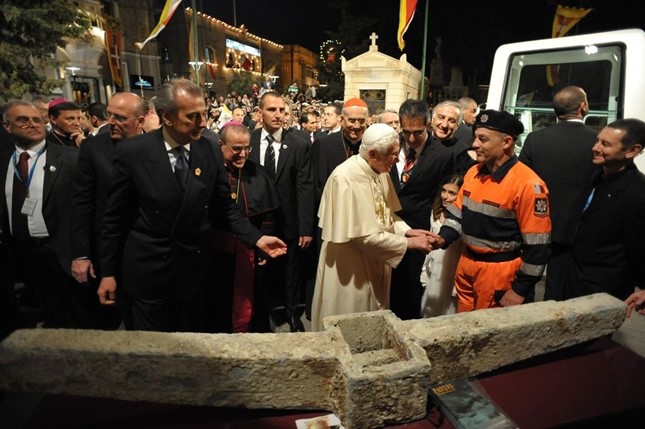 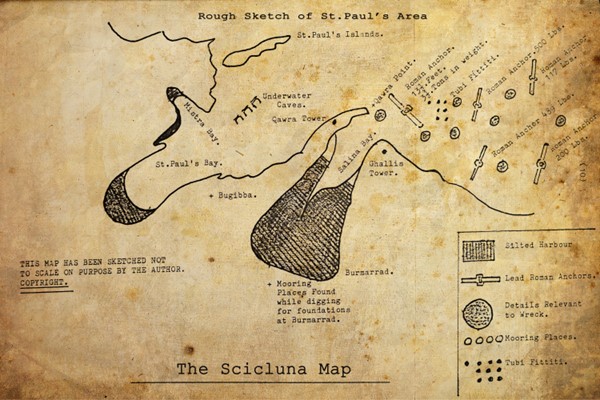 An Egyptian grain ship caught in a storm

A researched lecture may be delivered to groups by the author together with a tour both on land and at sea.