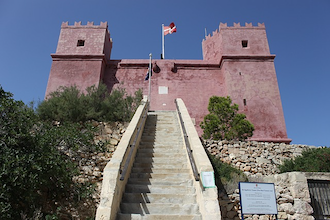 Saint Agatha’s Tower (aka The Red Tower) is situated in a commanding position on the crest of Marfa Ridge at the north west end of Malta, overlooking the natural harbour and potential enemy landing site of Mellieħa Bay, with clear views over to Comino and Gozo, and also eastward to the line of watchtowers along the north shore of Malta that linked it with the Knights headquarters in Valletta. 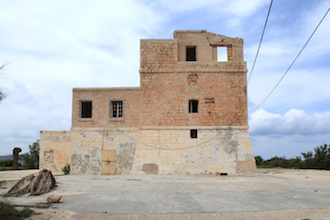 Aħrax Tower, originally known as Torre di Lacras, and also known as Ta’ Ħoslien Tower or the White Tower, is a small watchtower overlooking Armier Bay in the limits of Mellieħa, Malta. It was built in 1658 as the sixth of the De Redin towers. An artillery battery was built around it in 1715 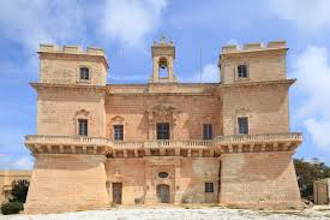 Anyone entering Mellieha will see on one’s right Selmun Palace dominating the Mistra valley. Although in its appearance Selmun Palace looks like a fortified building but it wasn’t the case. Selmun Palace is similar to the Verdala Palace, but the latter was built a century before that of Selmun. The idea behind the building of fortified palaces came from Italy, especially from Firenze, but many more similar buildings were built around Europe.