3D Walk Through the Past

During World War Two shelters needed to be constructed for protection from air raids.  These were dug in the solid rock and thus the work was quite hard and time consuming.  The work on the shelter near the Rotunda parvis started in 1940 and was opened for use in 1941 after five months of digging.  It was excavated by 15 skilled workers who worked in day and night shifts.  It is 75 meters long and runs for 7 meters under the main square.  Its design consists of simple interconnecting corridors, with multiple entrances/exits and a few cubicles.  One of these was covered in tiles so as to keep it as clean as possible as it was used in cases when a woman needed to give birth during an air raid.  Some Mostin used to take shelter in the parish church and in the crypt before enough shelters were available. 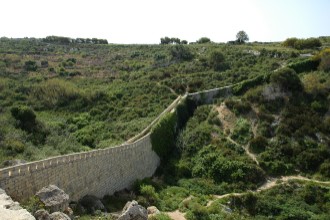 The Victoria Lines are a series of fortifications that span the island of Malta from east to west for a length of twelve kilometres. These defences were built between 1870 and 1899 and named after Queen Victoria in honour of her diamond jubilee as sovereign. These defences were intended to protect the highly populated southern part of Malta from an invasion coming from the largely uninhabited north of the island. The Victoria Lines, consisting of a number of batteries, forts, and an infantry line, were never effectively used as a means of defence and by 1907 they were not considered to be an important front-line defence any more. A walk along large stretches of these Lines makes for a great experience. 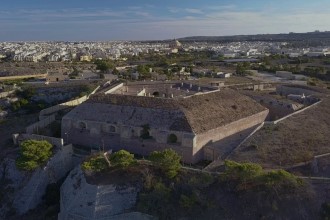 Fort Mosta is located in the centre of the Victoria Lines. The fort was built in 1878 by the British Military. This fort is still used for military purposes today by the Malta Armed Forces. The Dog Section of the Malta Police Corps is also housed in the Fort Most complex. Within the fort’s precincts there is a Late Roman catacomb dating from the 4th century CE. 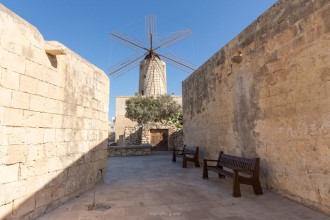 This is the oldest windmill still found in the Mosta area and was built in 1757, even though it has the coat of arms of Grand Master Carafa (1680-90) which may indicate that there was a previous building on the same spot. Windmills in the past were essential for the grinding of grain into flour, and these utilised the wind as their driving force. This particular windmill seems to have continued to give a useful service until the first decades of the 20th century, regularly providing flour for the making of bread – a staple food for the people of Malta up to a few years ago. 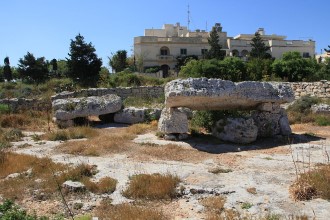 The dolmen is a structure that originated in Prehistory. In Mosta at present there are still two dolmen to be visited and these were the first to be discovered in Malta. Though it is not clear what the purpose of the dolmen was, it is thought that they were connected to burial and date back to the Bronze Age. The Mosta dolmen are situated in the Santa Margerita area and are enclosed by a low protective rubble wall. 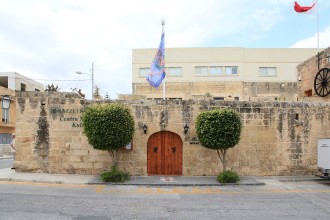 This old 17th century Maltese farmhouse which belonged to the Noble Mallia-Tabone family is typical of traditional Maltese farmhouses. Though in the past it was used for the keeping of animals, it has now been turned into a cultural centre for exhibitions, folklore and tradition. It includes a small museum of old Maltese tools and many other exhibits of interest. Is it the seat of the Għaqda Filantropika Talent Mosti but can be visited daily without the need for an appointment. 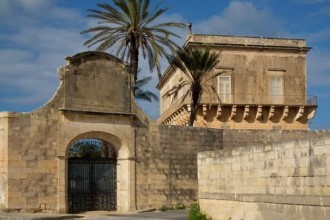 This is a two-storey, rectangular tower with an interesting history. On the facade one can see a niche with the statue of St. Michael the Archangel which dates back many centuries. The entrance to the extensive grounds is through an arched doorway on the corner side of the walled property. Within its grounds there is also a small Early Christian catacomb. This tower itself reminds us of the legend of the Bride of Mosta who was abducted on her wedding day by Moors or Turks and taken into captivity. It is said that her husband-to-be, travelled far and wide in search of his beloved Marianna. 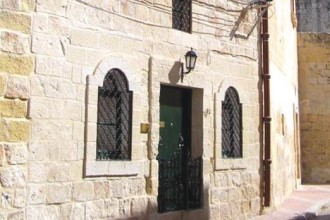 Though it is called a palace, this building is more of a fortified house. It goes back to the times when Mosta was under the continuous threat of corsair attacks. This building is structured in such a way so as to offer a means of defence to its owners and to give the people of the surrounding area some hope of resistance to, and shelter from pirate attacks. The architectural style is a simple one, yet sturdy enough to withstand an attack. In those hard days this fortified house must have stood prominent in the midst of open countryside with only the odd farmhouse here and there.

Ta’ Bistra Catacombs, dating back to the 4th century CE, were discovered in 1871 and are situated in the area known as Il-Besbiżija on the outer fringe of the build-up area of Mosta. The catacomb complex is quite extensive and is formed of a large number of burial chambers dug out of the live rock. While the primary aim of the tombs was that of receiving the dead, along the years the local population has made use of these cavities for a variety of other purposes. Indeed, the tombs have also served as pens for the keeping of animals. People from the vicinity have also taken shelter in them during the Second World War. Recently these catacombs have undergone major preservation and upgrading works and are now open to the public.