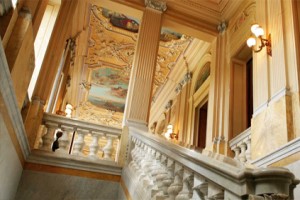 This is one of the most impressive buildings in Malta. Its baroque works are indeed unique. You can also enjoy the magniﬁcent walled Mediterranean gardens and relax in the coffee shop. An 18th century palace, a treasure trove of delightful artefacts and a beloved home. Located in the heart of picturesque Naxxar, this stately home is a place of wonder that begs to be explored. On your visit you will discover the intricate nuances of Malta’s historic nobility and their enchanting way of life. Touring this stately home offers great insight and sparks the imagination – whether you find yourself seeking inspiration from the grand Ballroom, the detailed Family Chapel or the fabulous walled Gardens and Orangery, you’ll find it. 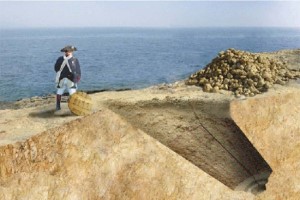 One of the most interesting adjuncts of coastal defence employed by the knights for the coastal defence of the Maltese Islands was the fougasse,These rock-hewn stone-firing mortars were built in 1741 as a coastal defence. Another existed on the opposite side of the bay They were designed to fire large quantities of stone onto approaching enemy ships. Although not an altogether Maltese invention as claimed by many authors, this weapon was, nonetheless, a unique adaptation of the fougasse, particularly in its method of construction and unorthodox application in a coastal defence role. 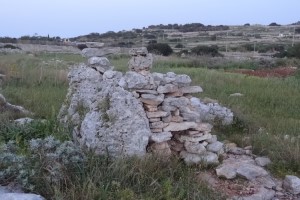 Burial Chamber (Dolmen) in Malta. On the lower slopes of the hill some 200 metres inland down a minor road leading from the coastal road at Qalet Marku are the Ta’ Hammud dolmens. The best preserved is dolmen A which consists of a capstone measuring 2.4 metres by 1.2 metres and 56 cms thick resting on small boulders only some 50 cms off the ground. The rock beneath the capstone has been hollowed out in the centre to form a recess large enough for cremation burials. In 1954 sherds were found in the hollow dating the monument to the early Bronze Age. 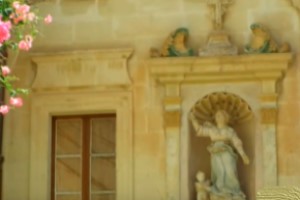 The Prison precedes the Law Courts by over a century and they have nothing to do with one another. A prison in a village outside the walled cities was unique in the eighteenth century. It probably housed those who failed to pay their debts. It actually has a number of houses and not prison cells, the condemned person being allowed to live with his family in a sort of house arrest. 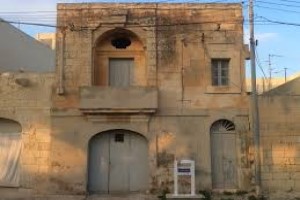 Hompesch Hunting Lodge, also known as Id-Dar tal-Kaċċa in Maltese, is an 18th-century hunting lodge in Naxxar, Malta. It is a traditional Maltese historic building with a vernacular architecture. The hunting lodge was built intentionally to be used as a hunting lodge for the Grand Master of the Order of St. John, namely Grand Master Ferdinand von Hompesch zu Bolheim. Today the building is in a dilapidated state. 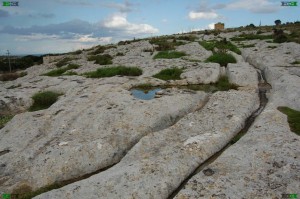 The Cart Ruts on the Naxxar Gap (San Pawl tat-Targa) are spectacular when combined with the geology of the area.Located on the Great Fault line the ruts themselves can be very narrow but still deep. They curve down the slope and there is also a lot of very puzzling “doubling” effect and overruns. 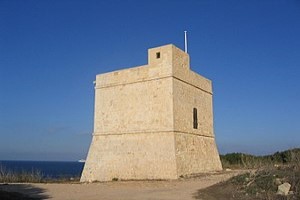 Għallis Tower (Maltese: Torri tal-Għallis), originally known as Torre delle Saline, is a small watchtower in Salina, limits of Naxxar.It was completed in 1658 as the second of the De Redin towers. Today, the tower is in good condition.The tower was built in 1658 on the eastern shore of Għallis Point (Maltese: Ras l-Għallis), commanding the entrance to Salina Bay along with Qawra Tower, one of the Lascaris towers. The tower was built on or near the site of a medieval watch post. It follows the standard design of the De Redin towers, having a square plan with two floors and a turret on the roof. The external wall is made of upper coralline limestone which is weather resistant while the inner wall is made of the softer globogerina limestone. It originally had a garrison consisting of a bombardier and three gunners, who manned a three-pounder iron cannon.During the British period, Għallis Tower was modified by opening a doorway at ground level and the insertion of roof slabs. 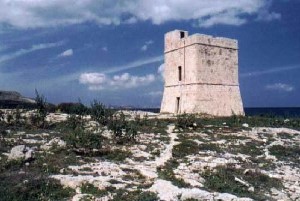 This is another De Redin tower also built in 1658. It has also been restored by Din L-Art Ħelwa. This is one of Grand Master de Redin’s watch towers and is situated a few hundred metres from the Ghallis Tower. This Tower, also known as St Mark’s Tower, is probably the third of the thirteen towers built by Grand Master de Redin. The stone work cost 408 scudi and was paid for by the Grand Master. Its construction and history is similar to that for Ghallis Tower and it was built between March 1658 and July of the following year together with the other twelve towers. An inspection report dated 1743 shows that the Tower was not operational.In 1792 the Congregation of War ordered that the Tower be armed with a 3-pounder iron gun. During the British period a small room was built in front of the Tower to serve as a guard room but only its foundations remain. On the first floor there is an inlet to an underground well. It is open by appointment. The restoration of this Tower in 1997 was sponsored by Round Table (Malta) One. 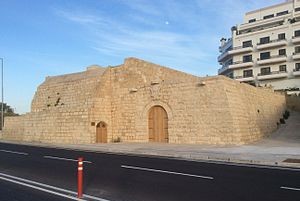 : The Ximenes Redoubt was built between 1715 and 1716 as part of the Order of Saint John’s first building program of coastal fortifications. It was one of two redoubts defending Salina Bay. The redoubt on the other side of the bay, known as Perellos Redoubt, was demolished after World War II.The redoubt was unique in Malta, as it was the only one which consisted of just a polygonal enclosure with a high parapet wall designed to protect infantrymen. It did not have a blockhouse, which was a feature found in most other redoubts in the Maltese islands. Since it was a small piece of work, it only cost 316 scudi, 9 tari, 10 grani and 2 piccoli to build, which was less than one third of the cost of an average redoubt. After 1741, two fougasses were built, one within the redoubt and another just outside its wall. One of the fougasses still survives today, and it is among the best preserved ones to be found in Malta. In about 1750, a large building was grafted onto the redoubt. It served as both a magazine and a warehouse, to serve as storage space for salt from the nearby salt pans at Salina. A second warehouse was built in the 1770s, during the reign of Grand Master Francisco Ximenes de Texada. The new warehouse had a large escutcheon with Ximenes’ coat of arms above the doorway, and the redoubt became known as the Ximenes Redoubt. The redoubt did not have any armament, equipment or munitions in 1785. 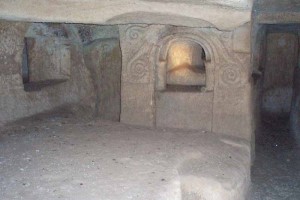 Going through the ﬁelds you will come up to a clutter of Paleo-Christian catacombs cut in the hard coralline limestone. In one of these you can also see a ﬁne example of an agape table.

A little further away from these is a much ﬁner hypogea with handsomely decorated canopy tombs. This is normally closed. There are many such tombs in this area which fact gives rise to the possibility of a community living in this harbour area in the early years of Christianity on the islands. 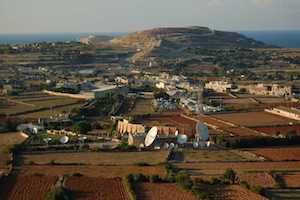 The sound mirror (accoustic mirror, sound radar) located at Il Widna, Maghtab, Malta is apparently the only sound mirror built outside Britain. It is found near Bahar ic-Caghaq in the quiet back roads. il Widna means “the ear” in Maltese and is an appropriate name for these fascinating buildings. They were used to help detect approaching enemy aircraft.

The “listening ears” in Britain were built during WW1 and before WW2 when radar made them redundant. il Widna points towards Italy.

These acoustic mirrors were developed by the British in the 1920s. This one in Malta was built in the early 1930s aimed in the direction of Catania to detect aircraft approaching from Sicily 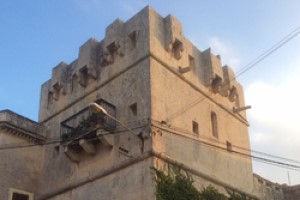 A tower with a unique story. In 1548 when the knights sent a captain to lead the militia of the area, the tower had already been built, and the captain had the right to live in the tower.

However, the owner, Francesco Gauci, presented a petition to Grand Master D’Omedes, saying that he had built the tower to defend his children, having already lost his wife in a piratical attack.

The petition was accepted and the family had the right to use the tower; in fact they continued to do so up to the beginning of the 19th century, when it was sold to the Bugeja family. Today it is owned by the Ellul Bonici family (related to the Bugejas by marriage) and is presently on a 50-year lease. It has been recently restored to its pristine beauty.