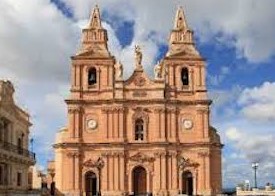 The Parish Church of Il-Mellieħa is dedicated to the Birth of Our Lady, and was built between 1881 and 1898. All the stone was cut from a nearby quarry at l-Aħrax tal-Mellieħa and transported up to Mellieħa by the local peasants, who worked laboriously to see their wish of having a new church come true.

Thus between 1920 and 1940 the belfries and dome were erected, five bells dedicated to St. Frances, St. Joseph, St. Anthony, St. Paul and the Virgin Mary were brought from Milan, and the church altars were decorated with paintings by the best Maltese artists, including the renowned Giuseppe Calì and Lażżru Pisani. 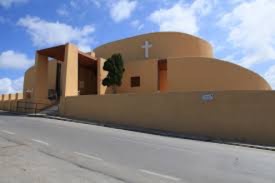 The Parish Church of Saint Joseph was designed by Richard England in 1962, and it was built between 1964 and 1974. It is one of the most iconic and innovative churches in Malta.

The church consists of curving walls, which are meant to create an element of intimacy, and their configuration recalls the Megalithic Temples of Malta. Another source of inspiration is the Notre Dame du Haut chapel by Le Corbusier, which also broke away from more conservative church designs in favour of sculptural forms. The overall form of England’s church is inspired by an abstracted interpretation of the girna, a type of traditional corbelled stone hut common in rural Malta.

The church is aimed to capture both human spirituality along with the peace associated with the natural environment surrounding it. 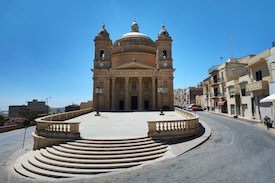 The people at Mġarr had been for a long number of years requesting that their small village church should become their parish church as they were too far away from Mosta.

Their wish was granted in 1898 and immediately the people started building their present church which was completed in 1946. 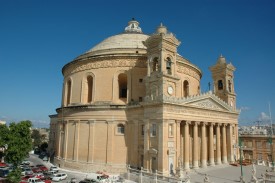 The Basilica of the Assumption of Our Lady, commonly known as the Rotunda of Mosta or the Mosta Dome, is a Roman Catholic parish church and Minor Basilica in Mosta, Malta, dedicated to the Assumption of Mary. It was built between 1833 and the 1860s to neoclassical designs of Giorgio Grognet de Vassé, on the site of an earlier Renaissance church which had been built in around 1614 to designs of Tommaso Dingli.

The design of the present church is based on the Pantheon in Rome, and at one point had the third largest unsupported dome in the world. The church narrowly avoided destruction during World War II, since on 9 April 1942 a German aerial bomb pierced the dome and fell into the church during Mass but failed to explode. This event was interpreted by the some Maltese as a miracle, but similar bombs did not explode as well. 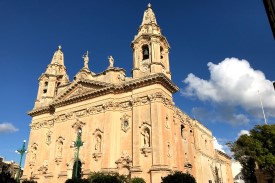 The parish of Naxxar was the first to be established in the countryside of Malta. For a very long time the parish boundaries extended to the very north of the island.

Then in 1610 Għargħur and Mosta were established as separate parishes. The diminishing of parish boundaries was followed by the building of the present church, finished in 1630.

Moving on to the 19th century, in 1845 Mellieħa was also established as a separate parish followed by St. Paul’s Bay in 1905. This obviously reduced the boundaries once more. When the parish of Burmarrad was established Naxxar became an arch-matrix, a sort of grandmother church. In 1949 it had been honoured as an archparish, hence having an archparish priest.

In 2019 then it was upgraded to a collegiate church. 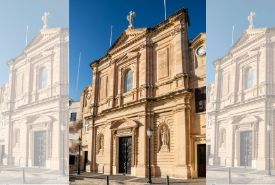 St. Paul’s bay has always been a summer resort, and with the increase of summer residents at the beginning of the present century St. Paul’s Sanctuary became too small.

The Countess Anna Bugeja, in remembrance of the 1900 Holy Year, built a church dedicated to the Sorrows of Our Lady and gave it to the Franciscan Conventuals. 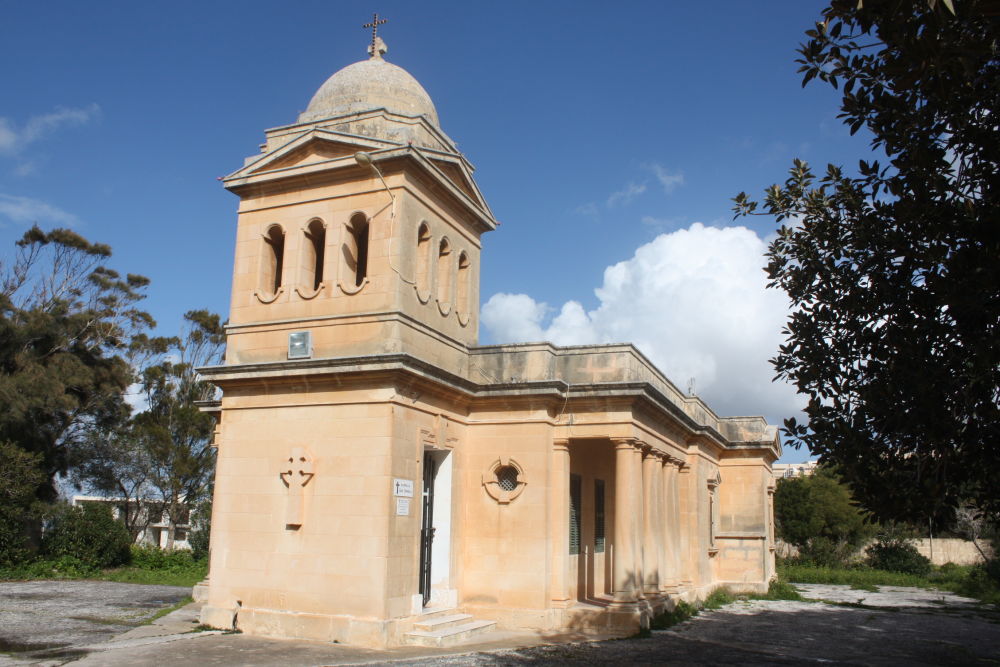 The locality of Mtarfa, formerly part of the parish of Rabat, has had a considerable increase in the population during the last years.

For several years the church of St. Lucia served the pastoral needs of the people residing at Mtarfa; with the departure of the British military forces St. Oswald’s chapel, which was the chapel of the military hospital, was used instead. 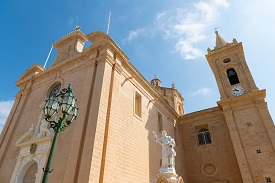 Our Lady of the Annunciation

On August 14th 1655, Balzan became known as a separate Catholic community. However, the main Parish church at that time was not the one we find in the middle of the village square today.

The Parish Church: The foundation stone of today’s Parish Church, dedicated to Our Lady of the Annunciation, was laid in 1669. Architectural plans for this church, in the shape of a Latin Cross, began in 1665. In this church many artistic treasures are found, works by famous painters such as Giuseppe Calleja, Chev. Emvin Cremona and Paul Camilleri Cauchi. The titular statue is Salvatore Dimech’s work, completed in 1898. 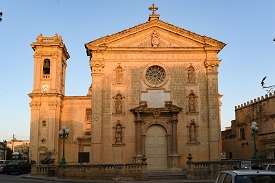 Ħ’Attard became a parish in 1575, breaking off from Birkirkara to which it had previously been connected ecclesiastically, and by 1579 it had its first parish priest.

The parish church dedicated to Maria Assunta was completed in the first quarter of the seventeenth century and became operational.  The design of this parish church, regarded as an architectural and artistic gem, which has been left largely untouched, has been commonly attributed to a very talented native of Attard, the master-craftsman or ‘scalpellino,’ Tumas Dingli, who certainly worked on it. It may also be indebted to the inspiration of an elder master, Vittorio Cassar, son of the famous architect Girolamo Cassar.

In addition to the finesse of its Renaissance baroque elements, the Ħ’Attard parish church has been continually enriched by artistic additions, including paintings by well-known masters, such as Francesco Zahra, with others attributed to Stefano Erardi. 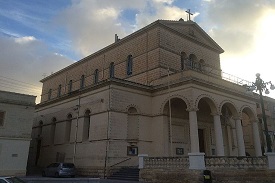 On the 3rd November 1949 the foundation work to build a friary and a church commenced. Mr. Joseph Borg and his son Feliċ donated the land. By the 15th of September 1950, the ground floor building of the friary was complete. One side of the friary building served as temporary chapel, in which the Blessed Sacrament was solemnly transferred from San Ġwann ta’ l-Gharghar Chapel.

The ever-increasing number of residents felt an urgent need for upgrading the status of their locality to that of a parish. The church authorities acceded to their plea on the 12th September 1965. In a pastoral letter, Mgr. Michael Gonzi announced that San Ġwann had become a new parish and was to have Our Lady of Lourdes as its titular patron.